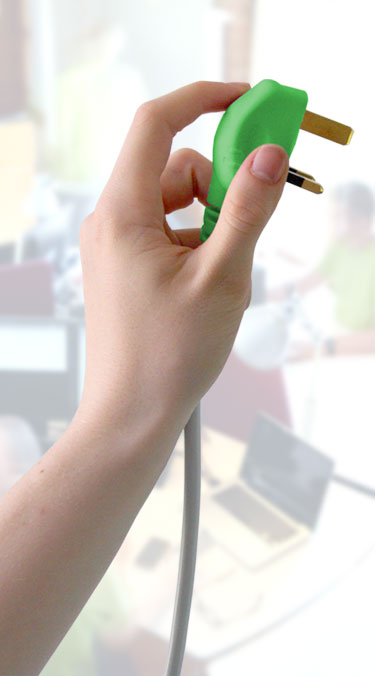 It’s great to have some good news on the improved energy efficiency of Televisions.  Research done by Sust-it, the energy efficiency site for electricals, shows that TVs are now, on average, sixty per cent more efficient than they were five years ago.

When plasma and LCD TVs first arrived in the shops, we were dazzled by their stunning picture quality and screen size, and overlooked the fact that, compared with most tube televisions, these beasts were energy guzzlers – something the salesman, wowing us with bright colours and a 42 inch screen, would neglect to mention. In 2006 a 42 inch Plasma could have cost you £78.80 per year to run (at today’s prices), now thanks to public awareness and advances in technology, a similar model uses nearly six times less energy, produces 264.90 kg less carbon and costs only £13.76 to run per year.

Sust-it used its extensive energy usage data to compare the running costs of 1,800 televisions and found that since October 2006 and July 2011, there has been a decrease in the average amount of energy flat screen TV’s are using, and, in addition, the decrease in stand-by consumption is nearly 100 per cent.  This is better news for the environment, as TVs account for around 6-8% of the global domestic electricity usage, and for the consumer by saving them money on electricity bills.

Ross Lammas from Sust-it, did add a cautionary note by saying  “Whilst we welcome the stunning reduction in energy consumption of TV’s, consumers need to be wary of old energy hungry plasma models, which are still available and will be difficult to spot until new energy labels for TV’s become mandatory in December 2011– my advice is go for an LED model!”

Tom Monetto, UK Aquos product manager for Sharp, whose TVs top Sust-it’s efficiency charts, said, “Sharp have made increasing energy efficiency a key part of its wider commitment to minimising the environmental impact of product lifecycles. Technological advances are made not only to improve picture quality, but also to reduce energy needed to power the screen.  For example, the added yellow sub-pixel in Sharp’s proprietary four colour Quattron LCD panels allows more light through, using less energy to produce a brighter, sharper picture. Where ten years ago, a 32-inch TV would have consumed nearly 300 kWh (kilowatt-hours) per year, the same size Sharp TV now requires 80% less energy when On, and an amazing 98% less in stand-by mode.  This is why so many of our TVs have already received the A or A+ energy efficiency rating.” 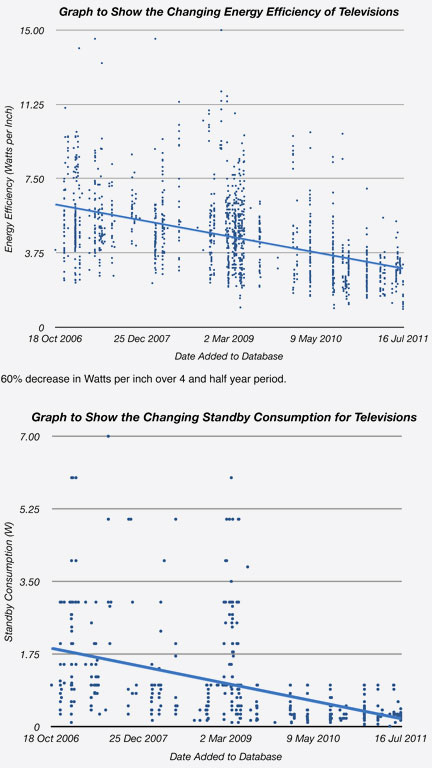 Sust-it’s energy efficiency website ranks electricals by their energy usage and CO2 emissions. It does this through its unique calculations of average usage, combined with carefully researched energy usage data published by manufacturers. The site is constantly updated and contains a wide range of products from TVs to chest freezers.

You can compare electricity tariffs and calculate your CO2 emissions at the same time. The electricity unit rates used to calculate the costs per hour/cycle/year are based on the BIS (Department for Business Innovation & skills) Quarterly Energy Prices. CO2 Calculations taken from National Energy Foundation.

The sust-it website has been conceived and developed by turnround new media an independent production company, after it’s proprietor Ross Lammas (49), became increasingly frustrated by the difficulty in finding the data on the energy consumption of products, whilst he was building an environmentally sustainable office and home.  The site is independent from any manufacturers, retailers or energy companies. And does not receive any funding from any Government agencies, trusts or independent charities.

SHARP is an inventor for our society / This is Why we innovate, to improve life for everyone.

Founded in Japan in 1912, Sharp Electronics is a leading developer and manufacturer of electronic equipment, appliances and components for the consumer and business markets, with a key focus on high definition LCD, photovoltaic (solar electric) systems and document solutions. It can claim one of the widest portfolios of business and lifestyle products under a single brand name in the world. On its home turf in Japan – the birthplace of technology, Sharp outsells all other brands in LCD TVs.

The Corporation employs 54,000 people, of which nearly half are employed outside Japan. It operates in 25 countries / regions and its products are distributed to 164 countries worldwide. As of March 2009, annual turnover is in excess of Yen 2,847 billion.

Sharp is listed on the FTSE4Good Global Index and aims to be an environmentally advanced company that balances business growth and environmental protection. To help equalize greenhouse gas emissions, Sharp focuses its extensive research and development on energy-saving and energy-creating products.

The head office of Sharp Electronics (UK) Ltd is at Stockley Park in Uxbridge, West London. The company employs approximately 180 people within its Consumer Electronics and Business Product Divisions and consolidated annual UK turnover to 31 March 2009 was £511,477,000.  Sharp is one of the world’s largest manufacturers of solar photovoltaic (PV) cells and modules and, in the UK, launched its first PV manufacturing plant in Wrexham in 2004 to support the growing PV market across Europe.

Reluctantly, I’ve given up on long-distance electric vehicle journeys

How to find the best energy saving washing machines, tumble dryers, fridges and electricals – whatever your budget

How much does it cost to run an electric car in the UK?